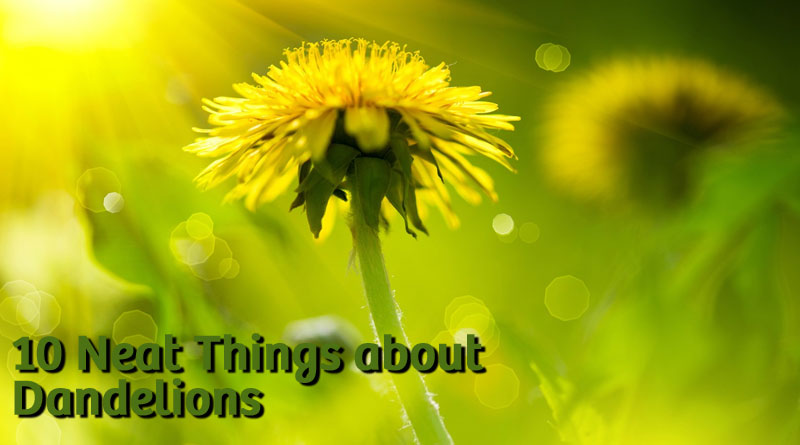 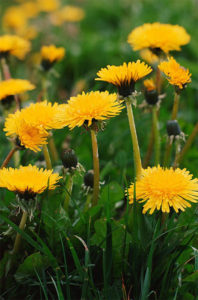 The English common name “dandelion” comes from the French dent de lion, meaning tooth of the lion. The Latin, Taraxacum, derives from the Arabic word for wild chicory. More fun than either of these two, though, is the more vulgar French word: pissenlit. It translates as pee the bed, a nod to the diuretic properties for which dandelion was medicinally used.

The pollen particles from dandelions are too large and sticky to cause hay fever, and the seed fluffs are obviously too big to be inhaled; it’s the milky substance inside the stem that can cause irritation. That substance is a latex, and if you are sensitive to the manufactured types you may find yourself irritated by dandelion latex too.

The dandelion is an ingenious little plant. To begin with, it is considered a ruderal. Ruderals are the kinds of plants that are first to colonize an area after a catastrophe. Most ruderals establish quickly but easily succumb to competition from slower-growing plants. But dandelions are tough ruderals. Their leaves, being long and low to the ground, shade the soil around them, preventing new plants from sprouting. They thwart the competition before it even has a chance.

Dandelions are exotic, which is to say, they are not native to North America. (Well, there is a Taraxacum californicum, a California native, but it is actually endangered. The weed we curse is T. officinale, from Europe.)

Dandelions didn’t blow across the ocean or stow away on ships to get to North America; they were brought here and cultivated by early settlers. They were valued for various medicinal and culinary purposes. The leaves are an excellent salad green. In addition to high calcium and iron, they are also rich in Vitamins A and C. The root can be roasted and made into a coffee-like hot drink.

Dandelion leaves are making a comeback as a common component of the highfalutin salad known as mesclun mix. Here’s a bizarre twist: where they’re raised as a cash crop one can find work weeding around the dandelions.

There’s a theory amongst some espousers of organic lawn care that you can control them simply by mowing them down. Here’s why it doesn’t actually work: 1) dandelion leaves, which are responsible for the plant’s energy, hence regeneration, grow very close to the ground where lawn mowers don’t harm them; 2) dandelions are perennial so they’ll be back regardless of whether they flower, and if they put all their energy into developing roots and leaves instead of seeds, they’ll be that much stronger; and 3) the plants adapt quite readily by blooming below the mower blade height.

It is labour intensive, but you can control them without using chemicals. You have two choices, really: snip off all the leaves and flowers as soon as they emerge (and keep doing it) or dig up every plant, getting as much of the deep taproot as possible. If you have a small yard, it’s not an onerous chore. If you have a big yard, Fiskars has a very handy implement that helps you pull out dandelions with very little effort and without bending down. It’s so easy, and even kind of fun, that my kids fight over who gets to dig the dandelions.

There’s another myth about dandelions that if you leave even the tiniest bit of root behind it will come back bigger and stronger. I don’t know what kind of logic started that rumour, but it seems obvious to me that any plant that manages to regenerate itself from a little piece of root, with no leaves to manufacture new energy during to process, will emerge awfully weak.

There are a few plants with flowers similar to the yellow ray florets that turn into puffy seed heads. Three of those plants are commonly known as catsears, hawkweeds and hawksbeards. You can confirm that a dandelion by its unbranched, leafless, hairless, hollow stems. Why does it matter whether a weed is a true dandelion? Because if you make a wish and blow on the seed head of a false one your wish won’t come true.

To know how to deal with dandelions in your yard, click here. 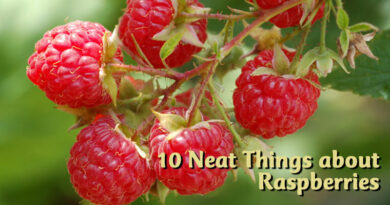 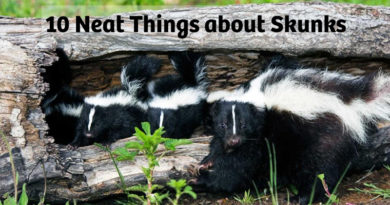 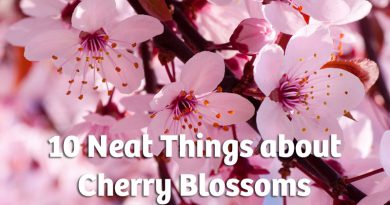