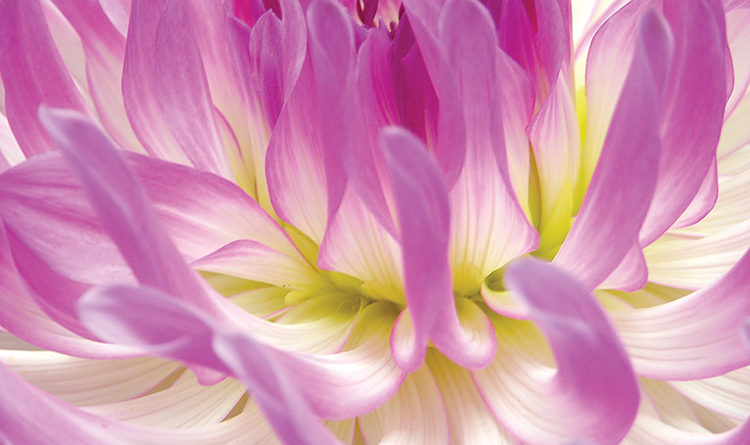 If there is one thing that bulbs, especially summer bulbs, have in common it’s incandescent colour. The flowers of dahlias, gladiolas, crocosmia and other spring-planted bulbs seem to glow with a burning determination to make themselves visible. Some of them enhance their presence with fragrance. Freesia and tuberose (Polianthes tuberosa) are so high on the fragrant list that they can perfume an entire yard.

The thing that some gardeners don’t like about spring-planted bulbs is that, in most areas of our province, they have to be taken up in fall and stored over winter because they are generally quite tender. While it is true that, occasionally, even lower zones will have a lovely agapanthus survive the winter near a home foundation on a south facing wall, those are rare occasions for the majority of us.

Given that summer bulbs are relatively inexpensive, though, why not treat them as annuals and start fresh each spring? The rewards are stunning. Here are six wonderful examples of summer bulbs that will knock your eyes out and leave you determined to plant even more next year.

For some reason, crocosmia are frequently overlooked as star members of the garden clan. Yet, their brilliant scarlet blossoms will beckon viewers from a block away. A popular variety is ‘Lucifer’; their name is a testament to their fiery colour.

Better known in the British Isles as montbretias, crocosmia originate in the grasslands of South Africa and are hardy in zones 6 to 9. (‘Lucifer’ can be hardy to zone 5).

The brilliant, tubular-shaped flowers, which open sequentially over five to eight weeks, appear along an arching scape that can reach 100 cm (40 in) tall, nestled amongst narrow, sword-like foliage with a furrowed finish. A shorter variety, ‘Fire King’ grows to 60 cm (23 in).

The corms are marble-sized and will grow readily in any sunny spot – and a bonus: crocosmia are not high on the deer diet. Plant the corms right after the last frost about 10 cm (2 to 3 in) apart and 10 cm deep. A bit of bone meal at the bottom of the planting hole will give them a nice start. They can be slow to sprout so be patient and be sure the soil is warm enough to get them going. It may take several weeks for them to show.

Caution: Be careful not to bump or bruise the sensitive growing tip on the corm.

The heavenly scent of tuberose on a warm summer’s eve will have you believing that you have been floated away to Hawaii. Their waxy white or cream coloured blossoms are used in the making of leis on the garden isles.

Tuberose is legendary for its fragrance. It is said that young girls in prudish Victorian times were forbidden to smell these alluring flowers for fear they might have spontaneous orgasms. If you are old enough to remember the heady scent of Giorgio in the 1980s, you will have some idea of how seductive the fragrance is. ‘George Davidson’, 60 cm (24 in) is yellow.

Tuberose is hardy to zone 7 or 8 (its origins are in Mexico), so the bulbs must be lifted after the first frost. In colder zones with shorter summers, they may need to be started indoors or under some kind of cover – they bloom 90 to 120 days after planting. A bonus is that cutting actually induces the plant to send up new flower spikes.

Tuberoses need sunlight and well-drained soil. They are heavy feeders, enjoying a balanced fertilizer while they are growing. The bulbs come in clumps. Plant the undivided clump under two to three inches of soil.

Dahlias and dahliettas (the dwarf hybrid) are almost a staple in the garden and in containers, but we are now seeing a return of the giant dinner plate dahlia, once the prize of many a farm garden, where the corms were carefully nourished, lifted in fall and overwintered to bloom in a dazzling display the following summer. Each tuber can produce as many as 10 more tubers by autumn especially if you feed them with a low nitrogen fertilizer (5-10-10).

If you like showy blossoms, then few other flowers can compare. Some varieties will produce blooms that are 24 cm (10 in) in diameter Dinner plate Dahlias are easy to grow, but the flower heads may need staking, a small price to pay for their striking show. All dahlias come in many colours, including bi-colours, and in many petal forms: balls and pompons, cactus, curving rays of multiple petals, petals with split ends, orchid form, peony form and so on.

The colours include everything from green to purplish-black, from blue to white and all in between.

After planting dahlia tubers, it takes two to three weeks for the shoots to appear. Don’t water tubers in springtime to avoid rotting them; there is plenty of moisture in the soil in spring.

Dinner plates are just one of the many dahlia varieties. There are literally banks of them growing in late summer in Victoria’s Butchart Gardens, a stunning display.

Let the first frost blacken the foliage before lifting, being careful not to damage the crown. Separate the new tubers from the mother with a knife and allow them to dry for a day before storing in peat moss of shavings in a cool dry place.

In many ways, freesia is a less fluorescent echo of crocosmia and indeed they are related. Freesia, though, is blessed with a lovely scent, especially the white, yellow and red flowers. The pastel mauves and pinks are more subtle in their perfume.

This is a warm weather, rather than hot weather plant, blooming in 16 to 20 weeks from time of planting. They may be a little more sensitive to weather conditions, so you could try growing them in containers where you can regulate light and heat.

Plant the corms, pointy side up, one to three inches deep in rich soil with good drainage. Keep them cool and well-watered (moist not wet) in a shady area until the flower buds show, then move them into a warm area with good sunlight but not in baking heat.

Freesias, naive to South Africa, are grown mainly for cutting because of the long vase life and lovely scent. They grow about 30 cm (12 in) tall with strappy, green foliage.

No article on summer bulbs would be complete without a mention of the ever glamorous gladiola. Not only are the blossoms very long lasting, they come in a wild variety of colours, including green. Blossoms may have contrasting, picotee edges; coloured or white splotches on petals and subtle shadings that can encompass several hues. Petals can be frilly or plain or even pleated, star shaped or doubled.

Also known as the sword lily, varieties can grow from two to five feet tall. This means you should plant the corms deeply – up to 20 cm (8 in) – in late May to early June and every couple of weeks until July if you want continual blossoms. Plant them in very light, even sandy, soil. Fertilize with 5-10-10 or bone meal mixed in well with the bottom layer of soil. They take 70 to 100 days to grow and flower.

Gladiolus occurs naturally in Asia, the Mediterranean, and South Africa.

Sometimes known as the peacock orchid, this fabulous flower strikes a dominating pose in the garden – and it’s another fragrance producer. The star-shaped white flowers are centred by a dark burgundy throat that echoes the shape of the petals, and this is set off by projecting anthers of a bright yellow.

Acidanthera is member of the gladiolus family but you’d never know it; the flowers appear on two-foot, nodding stems surrounded by strap like leaves, while glads are upright, somewhat stiff soldiers in the garden.

Plant acidanthera in clusters of 10 to 25 bulbs near a seating are in the garden where their lovely, primrose-like scent can seduce you in August – they are fragrant even during the daytime – and be sure they get lots of sunlight. 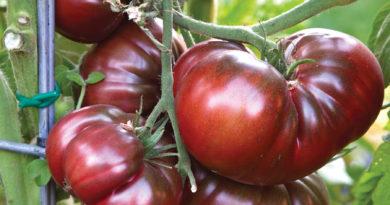 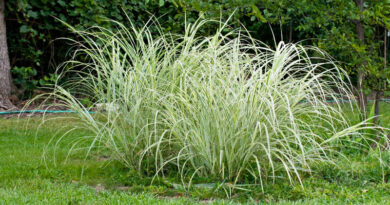 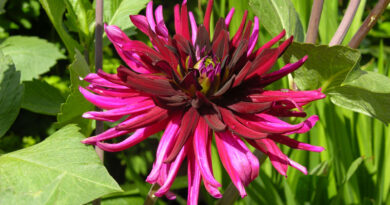 Dahlias in your garden