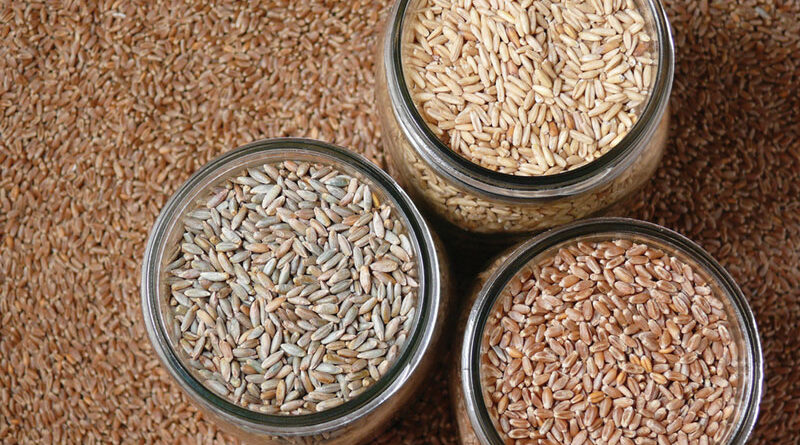 Most people don’t grow grains – wheat, oats and barley in their back yards, but why not? If your space is large enough, it might be fun to try and grow these basic food crops on a limited basis.

Nor do you need endless acres to get started. A 50-foot row can yield 10 pounds of grain and more if the row is wider.

Backyard grain growing has been gaining fans in Vancouver, although it is more widely practiced in the U.S. as part of the grow-your-own-food trend.

Growing Grain in your garden

Most grains will grow readily in garden soil and may actually perform better in the more barren parts of your garden.

Choose a hull-less variety for easier harvesting. These varieties have a thin, easy-to-remove hull, which can easily be removed using hand rubbing techniques.

Plant in fall or as soon as the ground can be worked in springtime. It helps harvesting if you plant in rows, but it’s not necessary, nor is thinning. If you are buying grains from a local supplier, ask for information on height and best varieties for garden sowing. 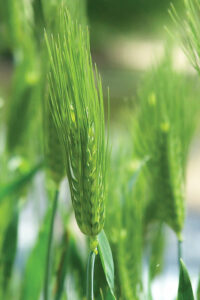 You have a couple of options when it comes to harvesting. Harvest grains like oats before they are quite ripe (you will be able to dent a grain with a fingernail) to prevent too much grain loss.  If you leave them to get fully ripe, the grains will fall before you can collect them.

Barley, on the other hand, is much better left to ripen fully before cutting. After cutting the stalks down, leave them to cure, which is what farmers used to do with “stooking”, or stacking sheaves in an upright position to allow the grain to cure or dry.

Once the grain is dead ripe (seeds will be brittle and too hard to dent with a fingernail), whether still growing or curing, you will need to thresh it to beat away the grain from the stalks and the hulls. Some people use the foot stomping method – put the grain in a box or on a clean, abrasive surface and rub the grains together, even between gloved hands for small amounts, to remove the hulls or stalks.

Finally, you have to separate the grain from the chaff – left over bits of stalk and hull – perhaps using a fan, a hair dryer or the wind, to blow the light chaff away from the grain as you drop it from one pan to another.

Decide whether you want to plant winter or spring wheat. The hard red varieties are what is mainly grown in Canada. Both are good for making general purpose flour to make bread. One variety is Marquis wheat, which was the staple variety on the prairies before all the hybrids came in.

Look for ‘Toral’ oats, a tall, stiff-stemmed grain which ripens in mid-season. This variety is hull-less, again, keeping harvesting and processing less complicated. ‘Streaker’ is another hull-less varieity.

The easiest barley to deal with is a new variety called ‘Sunshine’, which is hull-less, early maturing, six-row head type with rough awns (beards).

Another choice is waxy hull-less barley, sold as Super Barley, which offers high nutritive values with the wonderful advantage of having a hull that pretty much falls off on its own.

Soaking your grains can make them more digestible, but they will need to be slow cooked for an hour or so. The result is a chewier product that is much more satisfying than the soft results from commercially prepared products. But that’s all to the good if you are dieting or trying to deal with diabetes or cholesterol issues.

You will also need to find a way to grind your wheat, if you wish to make flour.  You can find these at most health food stores, which also sell whole grains for grinding.

A single cup of grain contains about 400 calories as opposed to a cup of, say, tomatoes.

Wheat is high in gluten, which is a protein compound found in certain members of the grass family, but not all. Nutritional value depends on whether you are buying whole grain or whole wheat, a refined product. Look for whole grain, which means that the flour contains all parts of the kernel, including bran, the outer part of the kernel, which contain the vitamin B and minerals as well as the most fibre.

Barley is low in gluten. It is a good source of iron. One cup contains about 190 calories and six grams of fibre. Barley is a whole grain product.

Oats are gluten free. They are a good source of vitamin B1 (thiamin), vitamin B2  (riboflavin) and vitamin E. Quick oats give about 110 calories per cup, 2.5 grams of protein, 20 grams of carbohydrates and 3 grams of fibre. 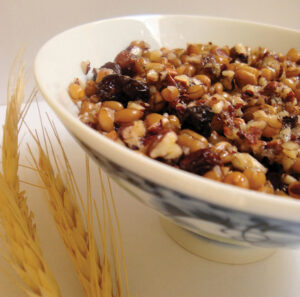 Pick out any foreign objects from the wheat and wash well. Place in heavy pot. Add water and soak over night. Do not drain. Bring to a boil and scoop off scum. Turn to low and simmer till kernels burst open and white appears. Stir occasionally and add water if necessary. Grind poppy seed, chop nuts. Add a cup of boiled water mixed with the honey till desired taste. Add poppy seed. Sprinkle with nuts and coconut.

Kutia is usually served at Christmas in the Ukraine but can be eaten anytime of year. In the Ukraine, at Christmas (which is in January) they would throw a bowl of Kutia up in the air. If it stuck to the ceiling, it was going to be a good year. 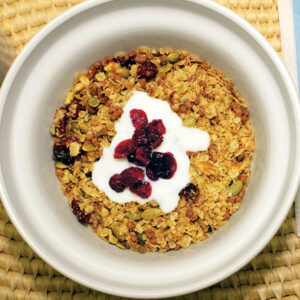 Mix canola and brown sugar in pan and place on low heat to dissolve sugar. Stir. Measure two cups of oats into mixing bowl and stir in sugar-canola mixture. In separate bowl combine the other dry ingredients, excluding remaining oats, and add to mixing bowl, stirring in. 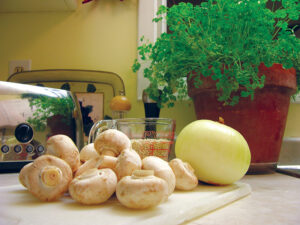 Preheat oven to 350 F. Sauté onions and mushrooms in butter until soft. Add barley and sauté until slightly brown. Empty all into a three-litre casserole dish and add the chicken broth, salt and pepper. Cover and bake for one hour until barley is cooked and somewhat chewy.

You can add ¼ cup of chopped parsley to the finished product. This is a very versatile dish that can be dressed up with other herbs such as chives, garlic, basil, rosemary or basil. Or try adding a handful of dried cranberries to the final product. 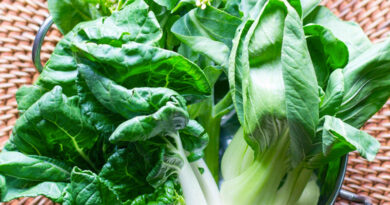 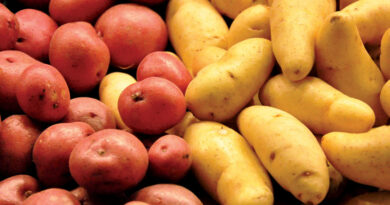 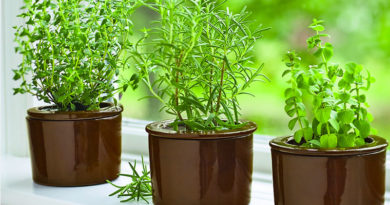 10 cool things about herbs for kids