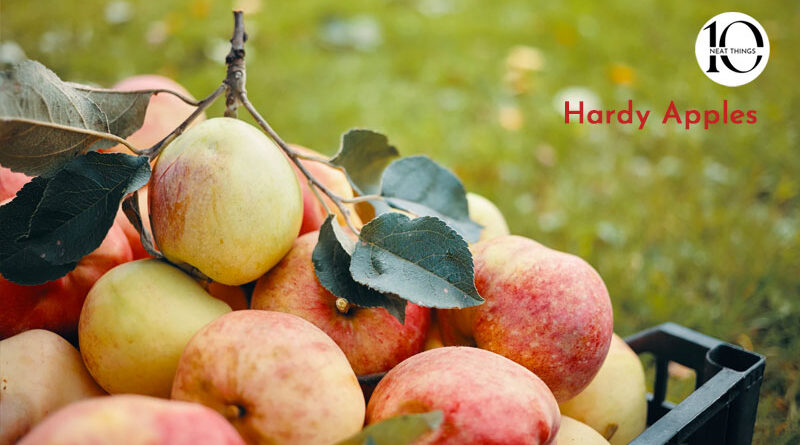 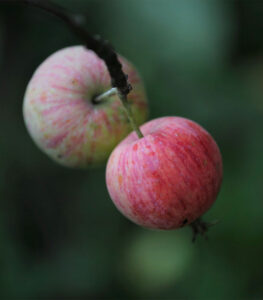 You can never plant a seed and expect to get a certain type of apple, no more than you can make a human baby with any particular characteristics. The reason we have so many MacIntosh apples or Granny Smith is because the trees are grafted or tissue cultured from another of the same type. They are clones. That’s why wild apples, which grow from seed, often don’t taste very good. Here are a few apples that do taste good and that you can grow in most of Canada.

Apple writer Bob Osborne describes the taste of this as “the most intense experience I have had with an apple… as if the complex essences of this apple have been distilled and concentrated. It is like comparing wine to a well-aged brandy.” It was developed in Minneapolis and took the name Frostbite in 2008 after 30 years of pleading from folks who’d grown it. Hardy to Zone 3. 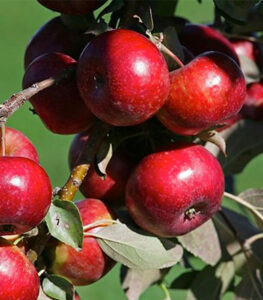 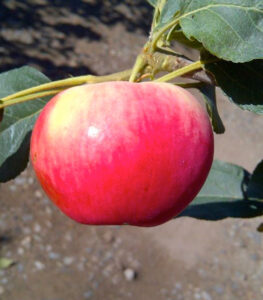 Was there ever such a hardy apple that is also tasty? Parkland has been reported to survive in a sheltered Zone 1b location. Apples are pleasantly blushed on the outside and have a tart taste that makes them great for cooking.

A pale-yellow apple with a rosy blush from the early days of the Morden Research Station in Manitoba, Goodland is aromatic and has a longer storage ability than most Zone 3 apples. It came to market in 1955 but had been grown for testing since 1925. 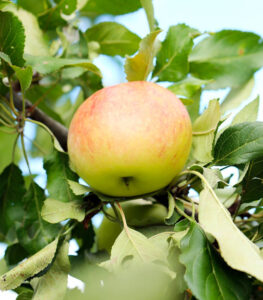 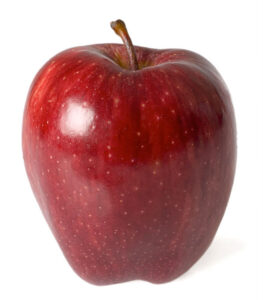 How could I produce a list of apple cultivars without putting this one on it? The name of Red Delicious was registered with the US Patent Office in 1914 and it became the biggest selling apple by the 1980s. It has good shipping ability, but greedier growers will sometimes pick the apples before they’re ready, which is why it sometimes tastes like cardboard. At its best, Red Delicious is a sweet apple that is good for eating fresh.

Image by Apple and Pear Australia Ltd. via Flickr

You’ve seen red, yellow and green apples, and maybe something that is kind of orange. This apple is nearly black. Although it dates back to 1790, it is pretty insect- and disease-resistant. Osborne says it is “somewhat vegetative to rich and sweet, but with enough acidity to be in balance and with subtle vanilla and tropical fruit notes.” Hardy to Zone 3. 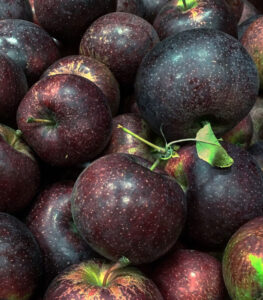 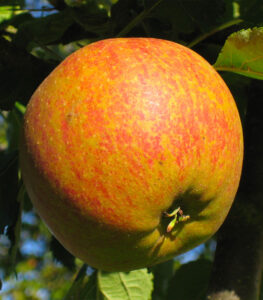 Through most of the 20th century, this was the ideal apple for eating fresh in the opinion of many an Englishman. It has flavours that include spice, nuts, mango and orange. But it isn’t pretty; it can be russet and warty. And it is hard to grow unless you in a maritime climate that isn’t overly damp and never gets high heat. Rated to Zone 4.

Another old English apple, Bramley becomes golden and fluffy when cooked, which is an uncommon trait that makes it great for pies. It isn’t much for eating out of hand, though. Weirdly, though, it is triploid, meaning it requires two pollinators to make apples. Hardy to Zone 4.

Image by Red58bill, CC BY 3.0, via Wikimedia Commons 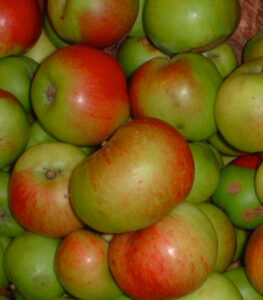 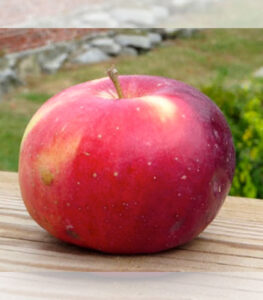 If you have room for only one tree and you’re in Zone 4 or above, consider Bonkers. It is parthenogenic, which means it can fruit without a pollinator! And, when it does, it is seedless. It is crunchy and juicy and tastes a little like pineapple.

Image by Adam’s Apples, via https://adamapples.blogspot.com/

A sweet apple from BC that was introduced in 1990. Osborne says “the aromatics make you feel like you are sipping a banana-apple-pear smoothie.” It is for eating fresh and it’s hardy to Zone 4. 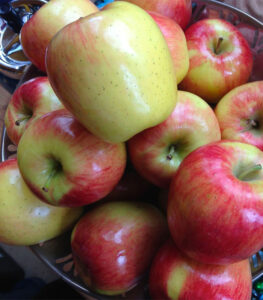 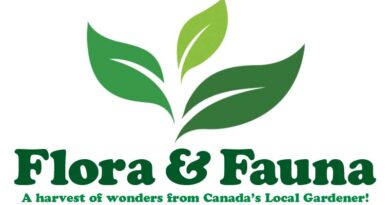