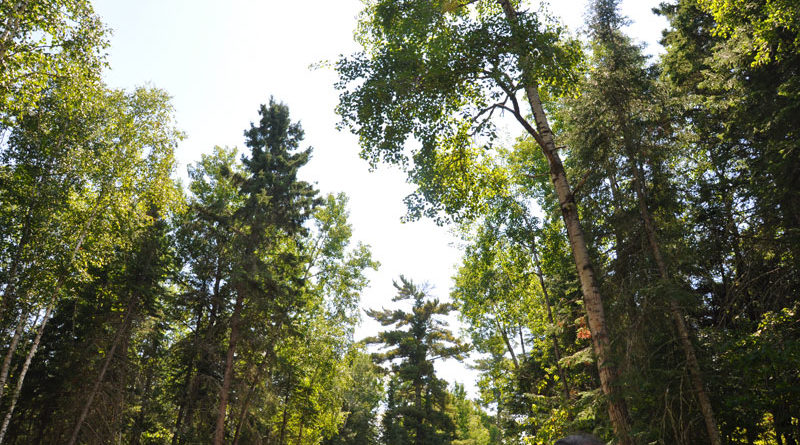 Literature and myth abound with stories about trees talking to people and people talking to trees. Many native cultures believe that this communication is a fact of life. Evidence to support tree communication with humans is lacking from our scientific studies. However, there is considerable data to back up the idea that trees communicate among themselves. They also communicate with other animals, insects, other parts of their own bodies and neighbouring plants.

Trees communicate, as do humans, on more than one level. Trees apparently receive their signals both above and below ground. The upper level signals appear to be chemical or perhaps electrical. Experiments have demonstrated that when you chop into one tree, nearby trees immediately give off an electrical impulse.

Plants communicate by releasing airborne chemicals. Plants such as tomatoes release methyl Jasmonate upon attack by an insect. When the insect takes a second bite, the Methyl jasmonate attacks the insect’s digestive system. This is one the chemicals that makes neem effective as an insecticide. The insect ultimately dies because it can no longer digest its food.

In an experiment with tobacco plants, the University of California monitored the response of some wild plants growing near sage brush. They clipped the leaves of sage brush plants to mimic damage caused by insects. The sagebrush responded with a puff of Methyl jasmonate. This caused the nearby tobacco plants to begin boosting their levels of an enzyme that makes their leaves unappetizing to plant-eating insects.

Other plants release a hormone that imitates the alarm pheromone of the aphid. This sends a message to the marauding insects to stay away.

Spider mites were let loose on lima bean plants in a Japanese study. Scientists tracked the plants’ response. Five different defense chemicals were produced upon attack by the spider minutes. First, the plants released a chemical that changed their flavour, making them less appetizing to the mites. Other chemicals sent a message of alarm to nearby lima beans. The beans immediately began producing the same chemicals, although no mite had yet reached them. An army of predator spider mites was also summoned by a different chemical. The spider mites attacked the mites eating the lima beans.

In trees, conifers produce fake hormones mimicing animal hormones that make plant-eating insects sterile.  Pine trees release terpenes (a carbon-based chemical associated with scent) to discourage grazing animals such as deer. The terpenes are released when deer attacks. (To send chemical alarms on an ongoing basis would take too much of the plant’s energy.) Once one tree in a group is attacked, other trees in the vicinity begin to produce the same terpenes.

In Africa, the kudu gazelle is famous for its love of acacia trees. The acacia releases bitter tannin when the gazelle eats the leaves. Within a very few minutes all the other nearby acacias develop the same bitter taste.

In 1979, chemist and zoologist Davey Rhoades studied two adjacent groups of willow trees. Caterpillars infected one group. One group was not infected.  The leaves of the untouched willows were flooded with the same unsavoury chemical that was found in the attacked trees.

In a study with poplars, Jack Schultz and Ian Baldwin potted up 45 young poplars, placing 30 of them in an isolation chamber. They ripped leaves off 15 of the trees and left the other 15 alone. They found that both sets of trees had produced significant amounts of phenolic, a chemical unpalatable to insects. The isolated 15 trees demonstrated no change in their leaves.

Now what happens underground? Well it is here that the story get really interesting because the communication is more complex. Gardeners know the  chemical defense system of the genus Juglans.   They know better than to plant anything under walnuts or their relatives, the butternut trees. Why? Both these plants reject the close proximity of a large number of plant species. They produce a toxic substance that discourages competition.

This is not a new discovery. Romans knew this.

The ability of one plant to affect the growth of another is call allelopathy. A chemical called “juglone” occurs naturally in all parts of the black walnut. Juglone causes foliar yellowing, wilting, and eventual death in sensitive plants growing in the walnut’s root zone. This is very evident under the walnut’s canopy. The canopy of the walnut is where you find most of this chemical. Juglone appears to be a respiration inhibitor interfering with the energy needed for metabolic activity in these plants.

But there’s more. Plants have a symbiotic relationship with the underground fungus called mycorrhizae. This fungus colonizes the host plant’s roots. It derives benefit from the host in the form of sugars, starches, proteins and lipids. The mycorrhizae are much smaller than the root hairs they colonize. Long strings of these microscopic fungi can occupy several miles of nutrient-absorbing surface in a very small space. This accesses the largest area of available soil and mineral food supply for the tree.

Do trees mean what they say?

The interesting question is whether tree communication is active or passive. Do trees and other plants exhibit organized behaviour such as reacting to attack? Is tree communication organized? The phenomenon may explain why insect infestations seem to occur in cycles. Do trees develop immunity from insects after a significant number of attacks? Does this suppress insect populations for a time?

There are still many more questions than answers, but it seems increasingly clear that trees and other plants do communicate in many ways. We are only just beginning to understand how. 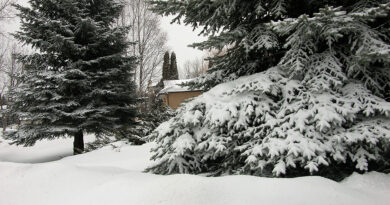 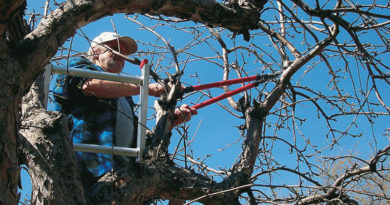 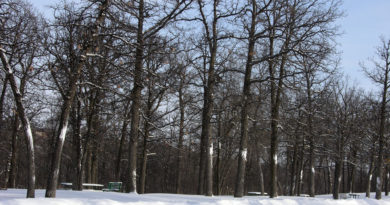 How trees get by in extreme weather