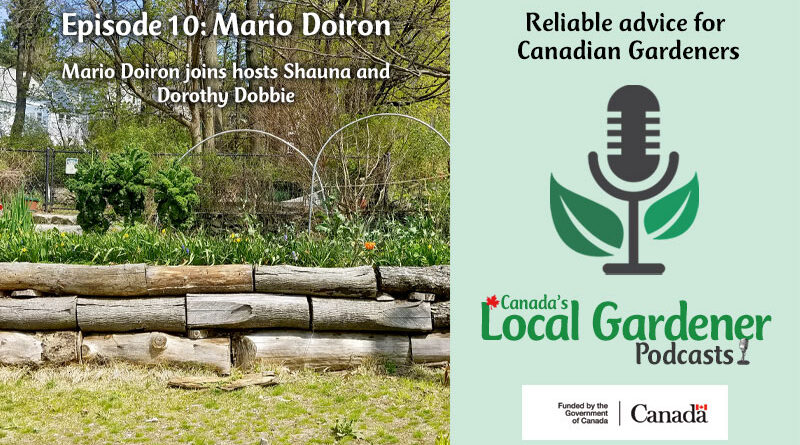 Shauna and Dorothy talk to Mario Doiron, a modern Acadian guy in New Brunswick who moved his family from the city to an acreage in Kent County. He and his wife now enjoy excellent health, spring water and an incredible diversity of food they grow themselves. He calls himself a homesteader, and we cannot think of a better way to describe what he does.

Mario Doiron works with the Kent Community Inclusion Network. He notes that his area is the poorest in the province. It’s rural, but the one thing people have is land; the issue is that not everyone uses their land. Mario is involved in teaching people how to grow, store and can produce to keep themselves fed.

Mario grew up on a farm, so the culture is in his blood. He hasn’t stopped at how his parents gardened though; he is an expert at a variety of new and rediscovered practices, such as hugelkultur and modified chinampas. Hugelkultur is a method where you dig a wide hole, fill it with logs, then twigs, then grass and compost and soil. You end up with a hill, into which you plant. The timber inside the hill soaks up and collects water in the winter and releases it in the summer. Chinampas are an ancient Mexican method of growing on an island created in a swamp. (Watch for more about chinampas in a future issue of Canada’s Local Gardener magazine!)

Through these methods, Mario Doiron grows about $5000 worth of food per year. In addition to onions, garlic, beans, tomatoes, turnips, potatoes… he practices some animal husbandry and fishes in the stream on his property. He has raised pigs and cows for food but found it very difficult to slaughter anything he has named. Now he mostly sticks to chicken, ducks and geese, and has stopped naming them! 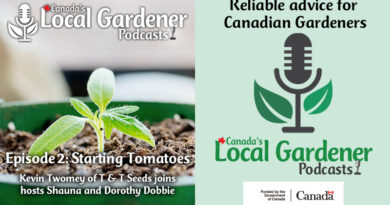 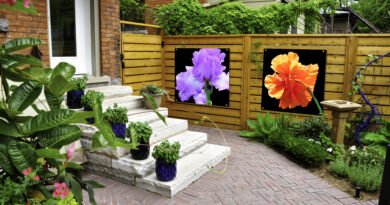 Off the Wall On the Fence 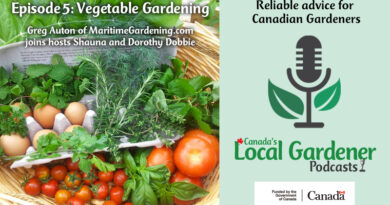