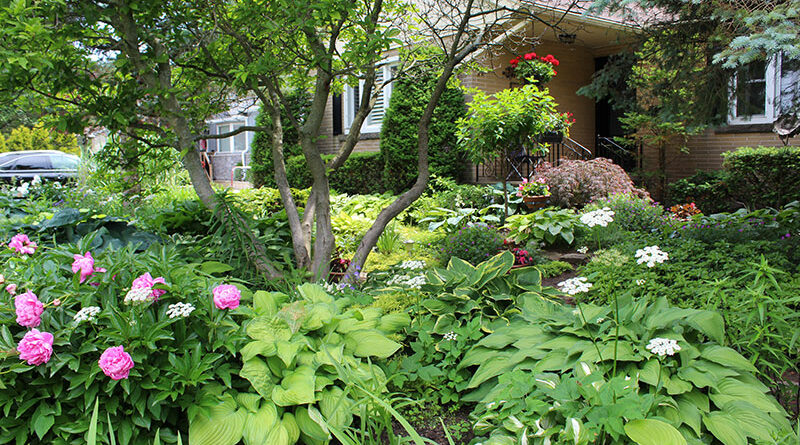 Michaela Nonhebel grew up working in the garden with her grandparents. They lived in Germany and gardening helped get the family through in the years after World War II. Her mother’s dad was a professional gardener, growing food at a factory for the cafeteria, and her father’s parents had a big garden. Her parents owned restaurants and hotels, and when she was 10, Michaela grew her own herb garden, the produce from which she sold to her parents for pocket money. Not a bad way to grow up.

As a young adult, she lived in Kansas, where she took on gardening in earnest and became a Master Gardener. Michaela had two small children, a husband and a job as a crude oil trader, but she found time to garden. It was a battle against the searing sun. “You had to plant a lot more seeds,” she says. When she came to Canada and planted zucchini, it went absolutely crazy and she knew she’d found her home.

That was twenty years ago. Niagara was more like home, with the vineyards and temperate growing. Winters in Germany are milder, of course; where she grew up, they could grow lemon trees and figs. But this was close enough to make her feel at home.

Eight years ago, when her husband passed, she bought a house—“I like to say I bought a garden with a little cottage on it”—in Ancaster, which is the garden I visited.

She mostly gardens on her own, though she’s had help this past year from her daughter, her 10-year-old granddaughter and her friend Paul Chambers. She slipped and fell last year and has been suffering through a broken ankle and shattered kneecap. It’s frustrating because she can’t really get down in the dirt and do what she needs to do, but she is grateful for the help.

She grows vegetables, particularly because of Jayda, the granddaughter. She’s hoping Jayda will get addicted to growing things too, and it’s going well. The girl is getting to know all the different names of plants and particularly likes “digging for gold” and coming up with potatoes and carrots. I didn’t get to see the veggie garden; it was too early in a very slow season and the seeds were planted later than usual.

When Michaela started at this place it was quite overgrown. It took her three years just to clean out the old. The previous gardener liked rose of Sharon and planted one (or more?) that seeded freely. Michaela is still pulling them out. But she bought the place because it was big enough, 120 by 180 feet, and she loved the tree line surrounding it.

She planted hostas everywhere to cover the ground and cut down on weeds and unwanted plants. Now when she’s ready to renovate an area, she pulls the hostas and trades them with other gardeners for other plants she wants. Right now she is taking out a bunch of hostas along a walkway to put in flowering groundcovers.

Fall is Michaela’s favourite time of year for gardening because she loves planning what to do next. In the fall you can move plants around. They don’t look like much when the snow comes, but in the spring they are settled in and you can watch them unfurl their splendour. You find out if you were right about mixing the colours and textures. If you weren’t, you can start thinking about what to move for next year. If you were right, well, you might move them anyhow. 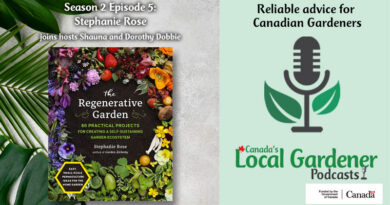 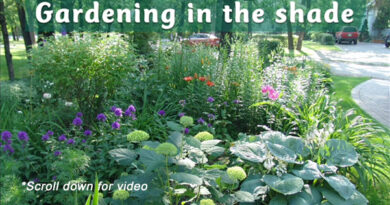 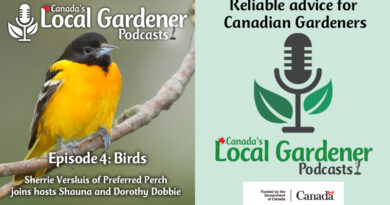