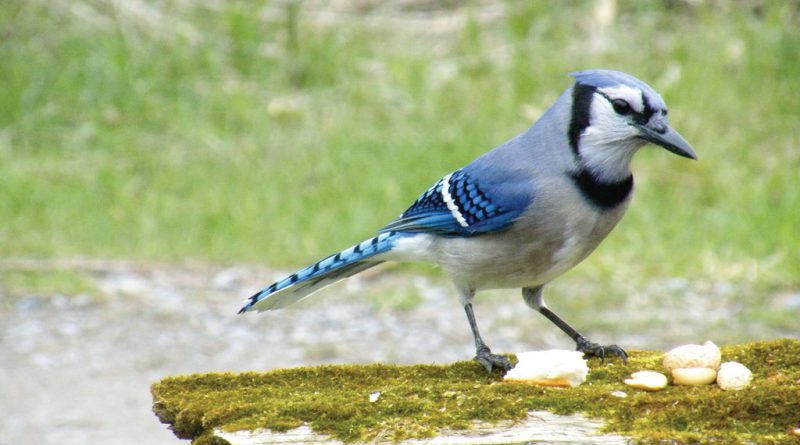 One of the most popular and widely recognized backyard birds is the blue jay (Cyanocitta cristata). This bird is not only colourful in appearance but also in character. Blue jays are highly entertaining creatures that visit birdfeeders in every season. You can hear them throughout the neighbourhood as they announce their presence. After several years of their population declining because of the West Nile Virus, they have made a great comeback and it’s a welcome sight.

They are monogamous pairs that bond for life.

They are the provincial bird for Prince Edward Island.

The oldest known blue jay was a captive bird that lived 26 years.

The common wild age is seven years, but there was one on record who lived over 17 years through leg-banding records.

Their feathers are not actually blue! The unique structure of their feathers reflect light and appear blue. If you were to crush a feather and damage that structure, the blue colour would disappear to brown.

The blue jay’s range is vast throughout North America as they breed in both deciduous and coniferous forests. They are most easily identifiable by their bright blue plumage with a black collar around their neck and a white face and chest. Both the male and female are identical in appearance.

Couples breed from mid-April through late July building their nests in almost any tree, though they are partial to evergreens. Nests are perfectly constructed with an array of materials like twigs, bark, moss, cloth, paper and mud. They lay three to six eggs that hatch within 16 to 18 days. The young fledge the nest 17 to 21 days later. as the young learn to forage for food the family stays together until early fall when the parents force them to disperse.

Blue jays are very vocal and have a wide range of calls, from their recognizable ‘jay jay’ scream to a calm almost warble-like sound. They can also mimic the sounds of other birds such as hawks.

To attract blue jays to birdfeeders there are a few key factors to consider. One is the size of jays. They are much larger than most feeder birds so an appropriate feeder is important. A platform feeder is ideal as it is an open style feeder and easy to land on. Blue jays like a variety of foods like striped and black oil sunflower and cracked corn but their most favoured is peanuts. Unsalted peanuts in the shell on a platform feeder or in an actual peanut feederattract jays. This allows for great viewing pleasure as the jays spend their time working at opening the peanuts.

Blue jays are sometimes interpreted as being aggressive at feeders since most birds scatter when they arrive. As with all creatures in nature there is a hierarchy, and blue jays are high up in the songbird world. However, rather than keeping other birds from your feeding stations, they actually aid in attracting them with their calls. Jays are easily attracted to backyards with the right foods and feeders and you will be greatly rewarded with their antics should you choose to do so. 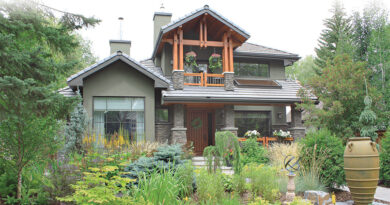 The Grand Garden in Alberta 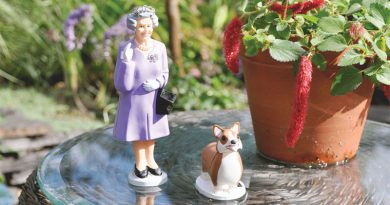 An Alberta Garden Fit for a Queen 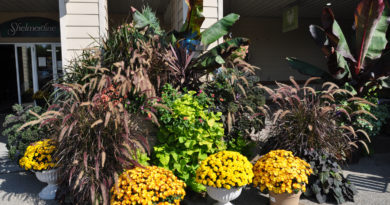