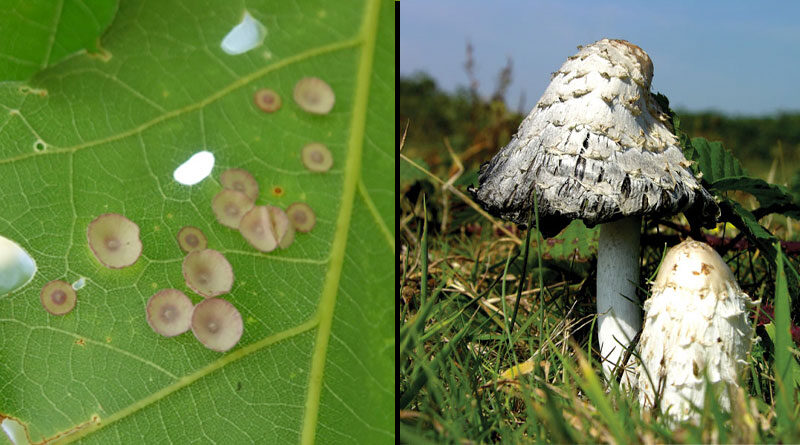 What’s the difference between galls and fungus growths?

Galls are out-growths on plant material that can be caused by (rarely) fungi or by insects, mites or bacteria. Fungi are actual separate life forms that can invade galls. Mushrooms, yeast and moulds are examples of fungi.

Although galls can exist on stems, twigs, branches, trunks and roots, they are most commonly seen on plant leaves that are infested with gall mites or other insects.

These usually take the form of a small bump on the upper side of a leaf and are, generally, not life-threatening to the plant. Take, for example, the bladder gall mite (a round-shaped gall) often found on leaves of silver maple or the spindle gall mite (elongated gall) found on leaves of sugar maples. The tiny adults, less than 1/16 inch long, spend the winter in sheltered nooks and crannies on a tree, moving to the leaves in the spring to begin feeding. This triggers the protective shell or gall to form and it is in here that the females lay their eggs, which hatch in the shelter of the gall and re-initiate the life cycle. While galls seldom pose a danger to mature trees, you may wish to hand-pick affected leaves from young trees and plants.

Each trees species has its own particular gall mite or insect. Oaks can host many different types of the pests, some as large as a ping pong ball in places such as California, and galls can be found on all parts of the plant. Orchard trees can also be affected by crown gall, a bacterial infection. This attacks the tree at the top of the root zone.

While gall mite infestations are often unsightly, they are not especially harmful.

Fungus, on the other hand, is a very different species – in fact, it is neither plant nor animal but rather its own life form. Fungus doesn’t make its own food the way plants do, for one thing. It requires a host such as dead wood or other decaying organic matter upon which to survive. And what you see growing above the ground, such as with mushrooms, is only the tip of the iceberg. Most of the fungus is underground growing as mycelium. The mushroom part is the fruiting body of fungus, which can throw off millions and millions of spores an hour for days on end. This, and the fact that most of the fungus is growing away underground, out of sight, makes it almost impossible to get rid of mushrooms. They don’t respond to chemical solutions.

If mushrooms are growing on your lawn, just be patient. Chances are that they will disappear when the next dry spell occurs.

There are many types of mushroom, most growing in forested areas. There is a fascinating, jelly-like fungus that grows on dead wood. The leathery looking growths, which can absorb up to 63 times their dry weight in rain water, are called tree ears (Auricularia auricula) because that is what they resemble when wet. They are generally edible, though it’s never a good idea to eat something you cannot definitively identify.

Fungal infections are responsible for things such as powdery mildew, that grey coating that affects many plants in later summer, and black spot on rose leaves.

Where do galls and fungus meet? In a gall, of course.

There are certain types of fungus that occur in and cause galls, although it appears that with few exceptions, the fungus invades an existing gall, killing the host insect. Rust fungus will be found in galls on evergreen twigs, for example.

Bottom line? Don’t worry about a few galls on the leaves or twigs of your plants or mushrooms on the lawn. Observe them for their beauty and diversity and understand, as Shakespeare once had Hamlet say that “There are more things in heaven and earth, Horatio, than are dreamt of in your philosophy.”

For a really interesting look at fungi and how they grow,  click here. 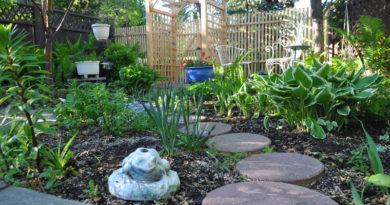 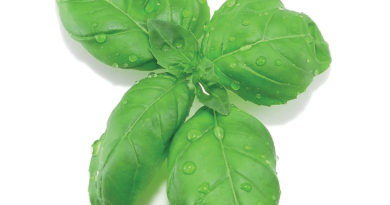 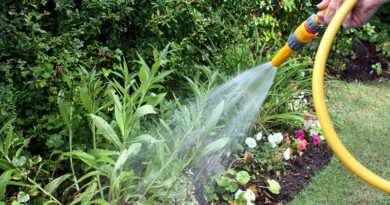 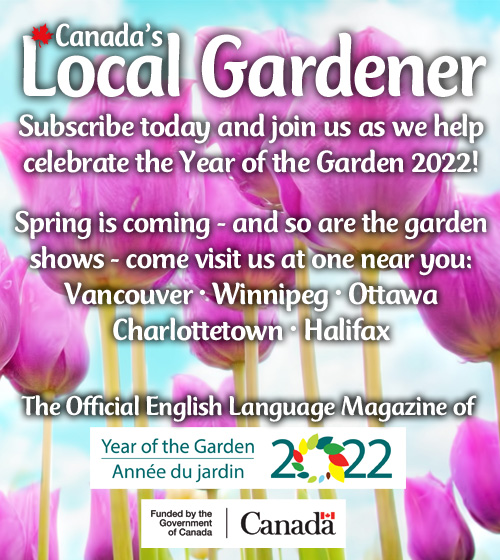 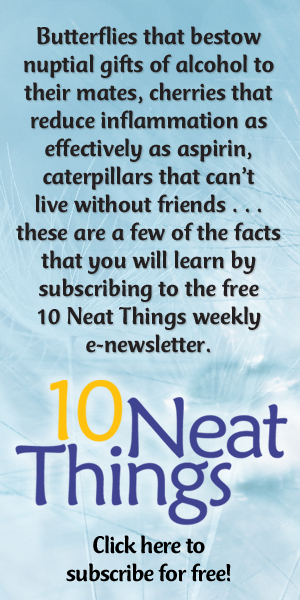 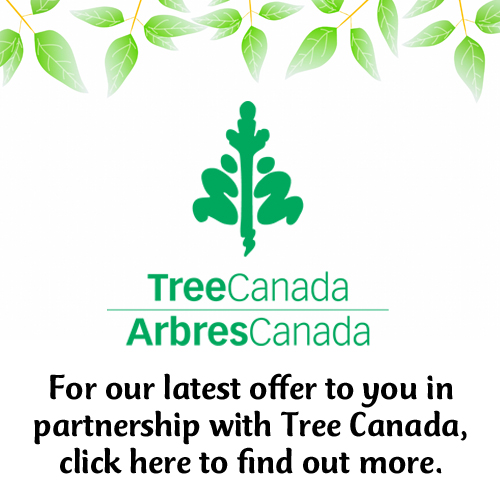